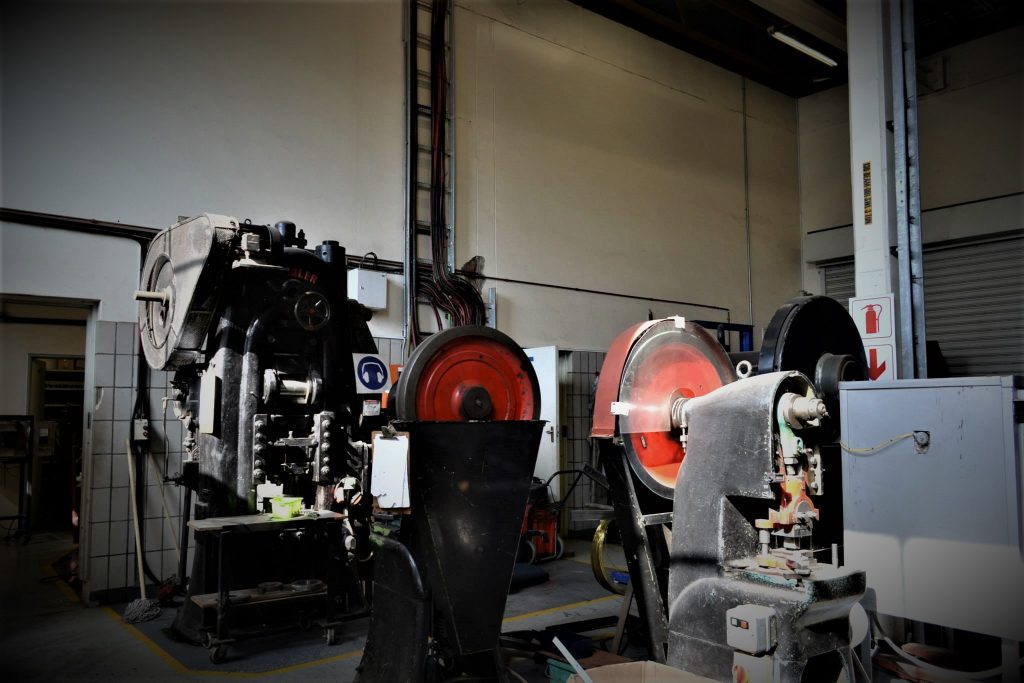 In August 2009 the entire manufacturing department, GRC Mint Manufacturing, moved to the Rand Refinery complex in Germiston. It is a far safer environment in which to work with precious metals.

Gold Reef City Mint is the pioneer in the manufacture of minted precious metal bars in South Africa. Up until recently these bars were only available for export to the foreign market but the new Precious Metal Act that was promulgated in Parliament in July of 2007 now allows local residents to own bars. Gold Reef City Mint has been appointed as one of only two manufacturers permitted to produce bars for the Local market. We have developed a detailed infrastructure for bar production and use a sophisticated “tamper proof” packaging system, which is specified by the Precious Metal Regulator. The minted bars have been a welcome addition to our product range.

We manufacture a variety of coins, medals, corporate gifts, badges, key rings, medallions and trophies. The infrastructure and equipment is well established and enables Gold Reef City Mint to manufacture a vast range of products in a variety of base and precious metals. Gold, silver, and platinum are presently our main focus and specialty.

Over the past twenty eight years, Gold Reef City Mint has developed its ability to operate totally independently. With the exception of packaging materials the Mint is totally self sufficient regarding the design of product, the manufacture of dies and tooling to manufacture blanks and the means to manufacture coins, medals, medallions, minted bars and a large variety of related items. We have our own electro-plating plant on site. The competence of the staff compliment is of a high standard. All our senior staff have undergone extensive training at the South African Mint. All staff members have skills pertinent to the industry and “on the job” training is ongoing.

Gold Reef City Mint has manufactured legal tender coins and medallions for South Africa, Swaziland, Namibia, Zambia, Mozambique and Suriname. We have produced items for the Nelson Mandela Foundation and the F.W de Klerk Foundation. These medallions feature images of both former President Mandela and President de Klerk. We minted the very first medallion ever to bear the image of President Mandela and the first platinum medallion to bear the image of a former President in the form of the F.W. de Klerk Platinum and Gold medallion series.

Previous
Next
Scroll to top
0